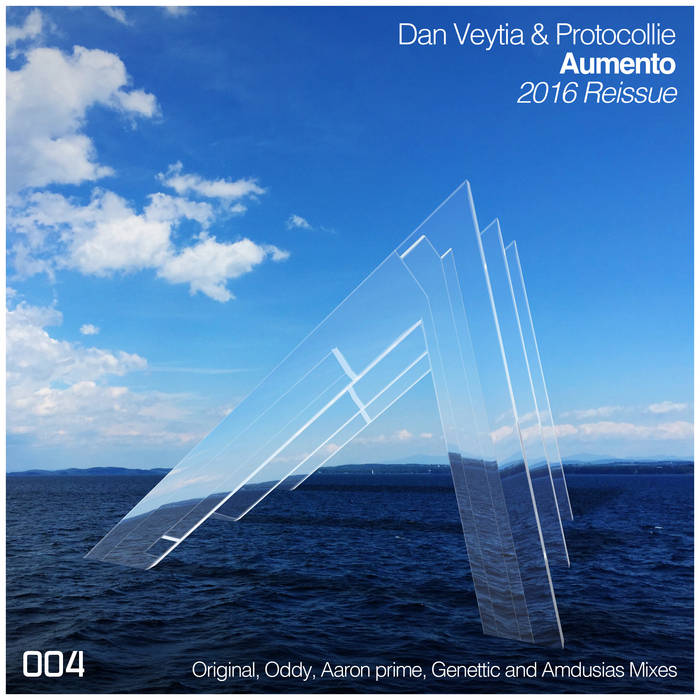 All proceeds of this reissue (after Bandcamp's share) will go directly to Alex Biagi, owner of Addictive Vibe Records, the now-defunct record label on which Aumento was originally released. Alex was unfortunately diagnosed with a rare neurological disorder (CIDP) that has severely inhibited the use of his limbs. All artists involved in the production of this EP have decided to give our thanks and support by sending all proceeds of this pay-what-you-want anniversary reissue to him.

I wrote Aumento with Protocollie over a period of months in 2011. After finding its way onto the first annual Addictive Vibe Records compilation in 2012, it was given a proper single release featuring remixes from Oddy, Aaron prime, and Genettic. In less than a week the release hit its peak of #4 on Beatport's Progressive House chart, sitting just behind Hardwell, Andrew Bayer and Sasha.

This fourth anniversary reissue features all three classic remixes from the 2012 single, available to download in whatever format you like. Brand new for the reissue is an excellent chiptune remix by Amdusias composed and exported entirely on a NES. An early draft of it was hidden on Episode 613 of my original Turn It Around mix series, and I'm proud to have the final mix on the package.